Now last night, feeling a little bored, I had a bit of a brainwave, to convert a broken shower radio into an extension speaker.  This involved removing the PCB, FM antenna, and internal wiring, leaving the speaker in the case, the speaker was then rewired to two long lengths of wire, and a spare 3.5mm plug I had lying around, this was then connected to a few of my radios for testing, though I can’t make a proper test until I connect it to a live radio, such as the Moonraker FA5000 CB as that is what it will be used with, given this was made from an old shower radio there is room for some improvements such as a volume control and a mute switch, I’ll post a picture soon

Edit, I now have a photo of the current stage of the speaker 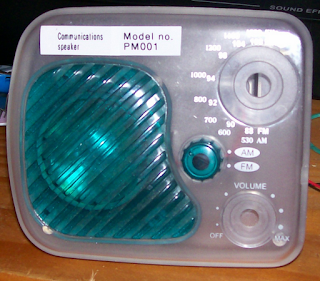 The speaker has been labelled with a model number, to give it a little bit more of a professional look, though the labelling from the radio remains at this time, and the two holes allow for improvements such as a mute switch and possibly a volume control, though the rigs drive the speaker fine 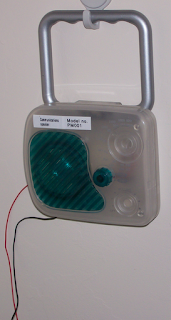 The design of the case allows for the speaker to be mounted to a wall, as shown in the picture, thus freeing up the desk space for more important things