Yesterday on the YouTube channel I posted a video on hotspots for DV modes such as DMR, Yaesu System Fusion, D-STAR and some others, I briefly also touched on the YSF reflectors, and knowing fellow YouTuber and Amateur radio operator Carl 2E0EZT had made one on cloud hosting I thought about making one on a Raspberry Pi, so I did.

The process to create the YSF reflector was very long because on Raspbian Buster it did not work, on Raspbian Stretch it has worked fine, the Pi hardware itself is my remaining working Raspberry Pi 1B made in Wales version, the reflector is listed and is currently online and under test, I have a video for this in the process of being rendered, in the mean time I have the video for the hotspots available on YouTube and it is included below with the photo of the YSF reflector. 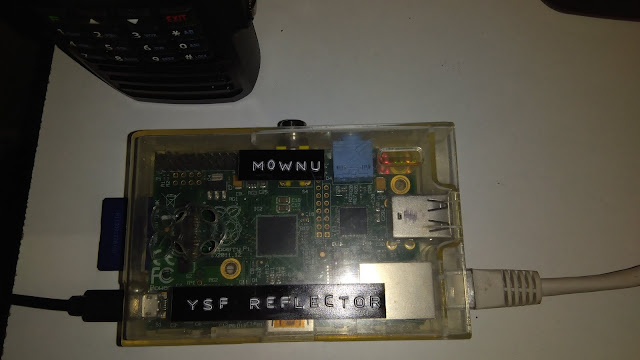 The video for the YSF reflector should be online later on today at time of posting.